BeKind Anion Comparison With 5 Others: Buy Or Not?

Here’s an in-depth comparison of BeKind Anion hair straightener brush with all the good options available out there on Amazon.

Technology has come so far ahead that we have new kinds of products to meet everyone’s needs. One such product for all the curly heads out there is a hair straightening brush. Well, not just for curly hair, but for everyone, it is a great way to achieve shiny straight hair without putting in a lot of effort.

Now that we have covered the know-how of hair straightening brushes, it is time I tell you about the best ones out there. It is always a good thing to compare similar products before you invest your money in something. And hair straightening brushes are expensive compared to flat irons. So, if you are looking to buy one, it must be a good one, one that does not damage your hair but still does the job.

Bekind Anion hair straightener brush uses MCH technology for a fast hairstyle. It heats up quickly and also keeps the temperature stable for effortless straightening. There is an Anion feature that helps in giving you silky, smooth, and frizz-free straight hair. There are multiple temperature settings as well so that it can suit different types of hair.

Another BeKind Anion’s feature that is helpful if you are in a hurry is the temperature memory setting. It heats up to the same temperature you used during the last time automatically. This hair straightener brush also comes with hair clips, anti-slid gloves, and other accessories required for a great straightening experience. 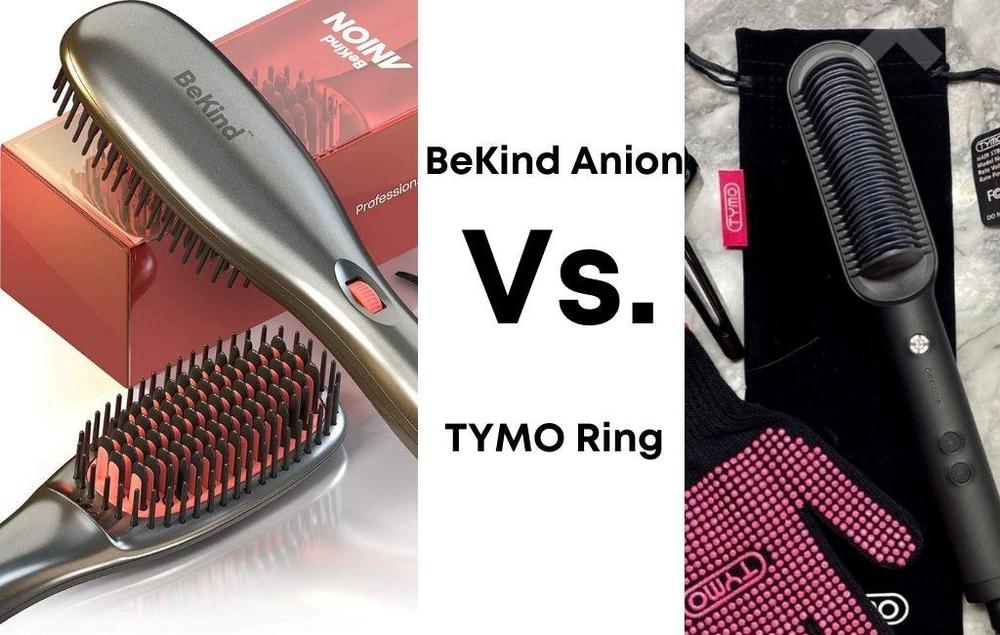 In terms of frizziness, Tymo hair straightener brush reduces the frizziness by 70 % because of the special coating layer on the hairbrush. BeKind Anion uses anion technology which releases millions of negative ions helping you to achieve that smooth, silky, and straight hair.

Tymo ring hair straightener turns off automatically after 30 minutes of inactivity. The default standby time in BeKind is 60 minutes, after which it automatically shuts down.

Tymo ring hair straightener brush has an anti-scald design that prevents your hair or scalp from burning from the heat or the bristles. It is designed to work on every hair length and also all types of hair. Though the hair gets straightened greatly, it does not quite give you the effect you get from a flat iron. Since it’s a bush, the ends do not get straightened properly. But this issue is very common with all hair straightening brushes. 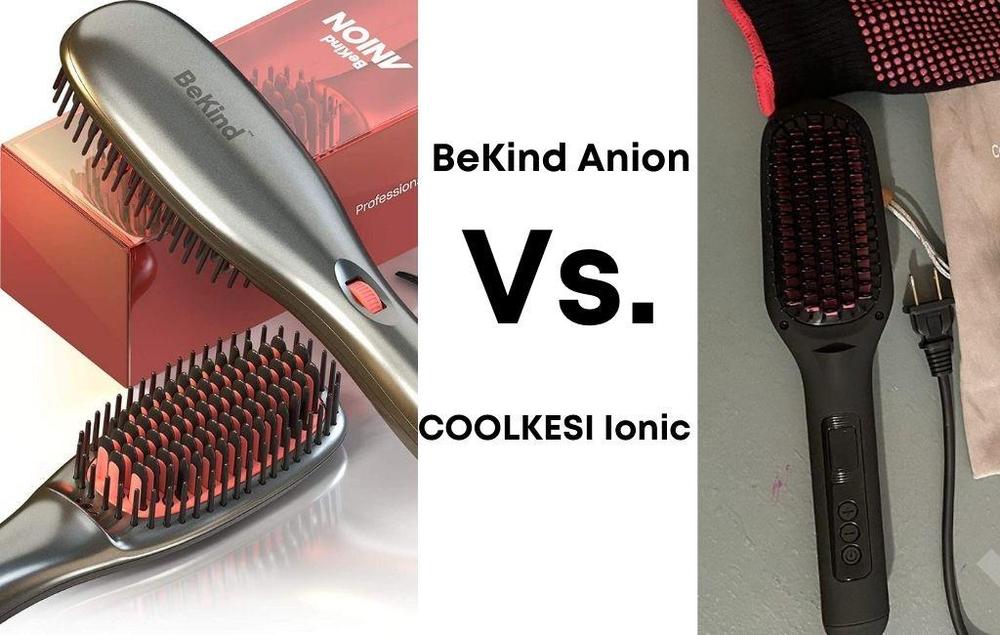 One of the cons of the Ionic Hair Straightener brush is that it takes longer for thick curly hair. The back of the brush also gets pretty hot so you must be very careful at times you use the hair straightening brush. And one thing you must note is that you need to use this in a well-ventilated room because it does give out smoke in the beginning. And also remember to use it in dry hair and not wet hair since it might cause some damage to the hair.

It might be a cause of concern to you if you are in a hurry and need to straighten your hair right after you wash your hair but would have to wait until your hair is completely dry. But with no wait time to heat up, once you are all set to use it, you can get the results very quickly. If this is not an issue for you, you can check out the Ionic hair straightener brush. But at similar price points, BeKind Anion is a better deal. 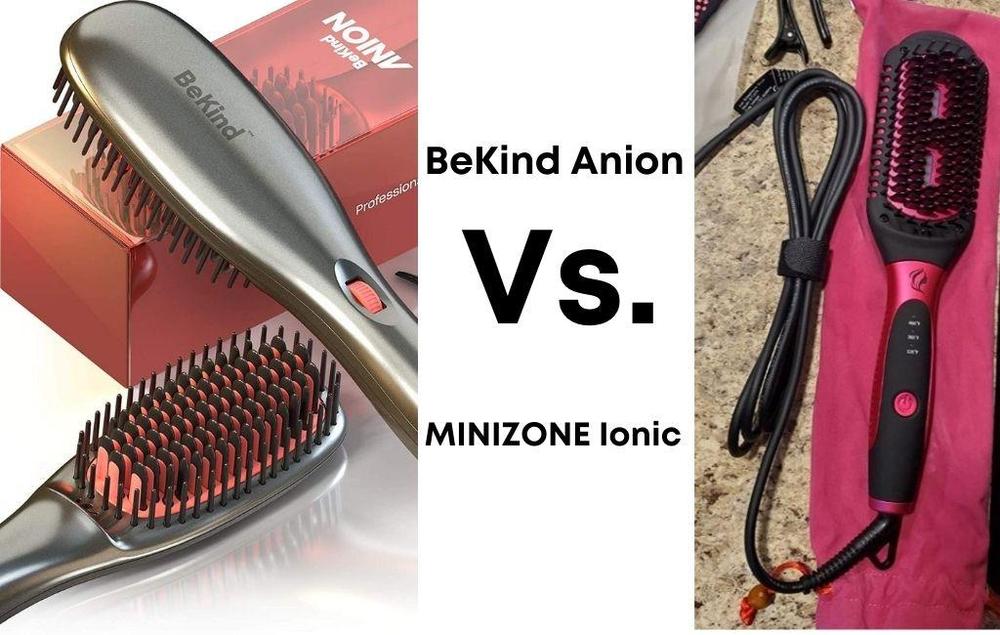 Compared to the other two mentioned above, the Minizone hair straightener brush has only 3 temperature settings. And the highest temperature it can go up to is 390° F. the technology to make your hair frizz-free is the same as BeKind Anion, that is, negative ions flow. It also has the MCH (Metal Ceramic Heating) technology for faster process. The comb bristles are widely placed to reduce hair breakage. The default time for auto shut off is 60 minutes as well. The comb is also designed to give you little curls. This product comes with hair clips, and heat-resistant gloves as well.

BeKind Anion Hair Straightener has more temperature settings instead of just three and the temperature range is also wider than the Minizone Hair straightener brush. The highest temperature can go up to 450° F compared to the Minizone one which can only go up to 390° F. even though the ion technology is the same in both, in BeKind, millions of negative ions flow through the brush which is the upgraded version of the usual ion flow.

Also, another point to be noted is to use the lesser product because it makes it easier to straighten the hair. With texture in the hair, it becomes a little time consuming to use the hair straightener brush. The outer perimeter row of the bristles present in the Minizone hair straightener brush is very stiff. Had it been more flexible or made from better material, it would have been better and would have lasted long since the bristles are brittle and there are chances that they might break.

It has dense nano comb bristles which work well for curly hair. It also acts like a massager which helps in blood flow to the scalp giving healthy hair. It also has MCH technology just like the BeKind Anion hair straightener brush.

But one flaw with this MiroPure hair straightener brush is that it makes your hair look more dry and static if you do not use some after products. Also, the temperature buttons are placed right where you would hold the straightener which makes it very vulnerable to temperature change.

And since it is an electric hair straightening brush, it cannot be soaked in water or any liquid to clean it up. It gets heated up really quick but that might cause some smoke to come out of your hair while straightening them.

It will not get into the frizziness of the scalp but overall does a good job at straightening curly or wavy hair in less time. Since the buttons are on the handle and can be changed during use, only if there was a set option to fix the temperature, that would have made this a steal. But it may not be as much of a concern to some people. 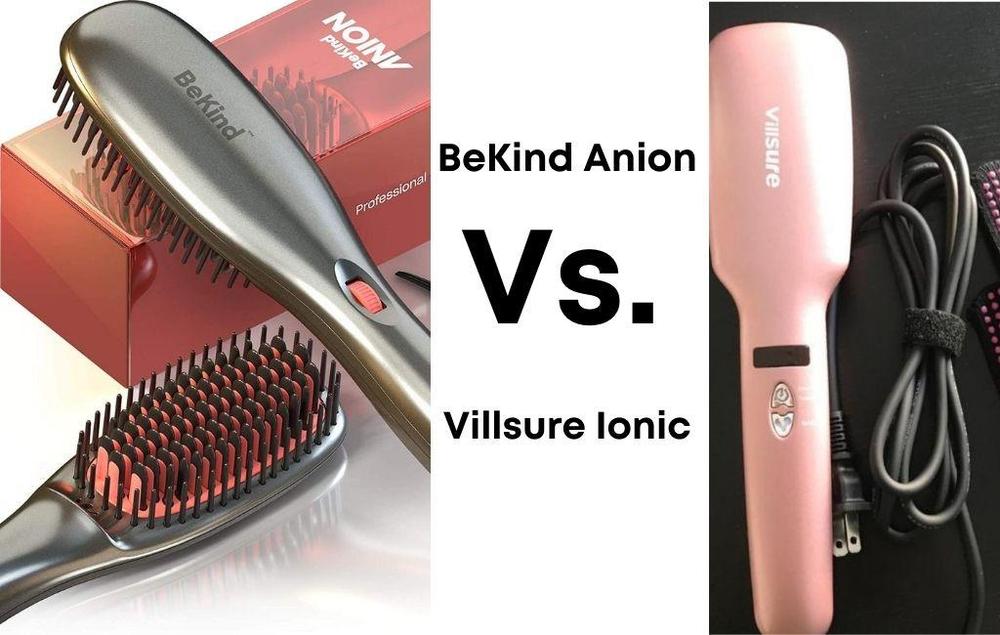 One drawback of the Villsure Ionichair straightener brush is that even though the hair is straightened with less frizz, the straight effect does not last long. If you live in a humid climate, this straightener would not work for your hair. The bristles might get stuck in your hair if you have really wavy and curly hair.

Even though you detangle your hair before straightening them, there are chances that the thick dense bristles will damage your hair and there might be hair breakage. It also does not remove the frizziness of hair from the roots.

So, that’s all for today. Hope this comparison post has cleared all your doubts and now you have made a clear buying decision. We suggest you buying BeKind Anion because it offers the best value and hair straightening experience for the money. Thanks for reading this post here. Stay tuned with BeKind for more such amazing hair styling and hair care posts. 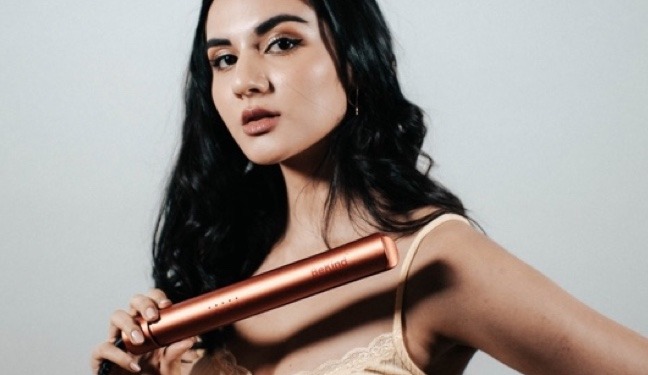 How to Flat iron Hair like a PRO with Zero Damage? Gallery

How to Flat iron Hair like a PRO with Zero Damage? 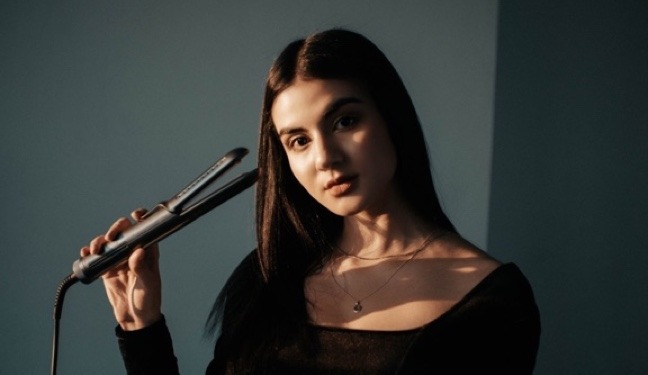 Hair Styling Without Heat Damage – 6 Tips And Hacks By BeKind 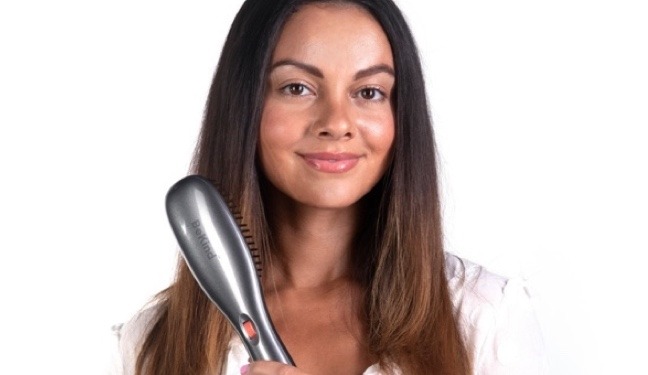 A Complete Guide On Using A Hair Straightener Brush At Home